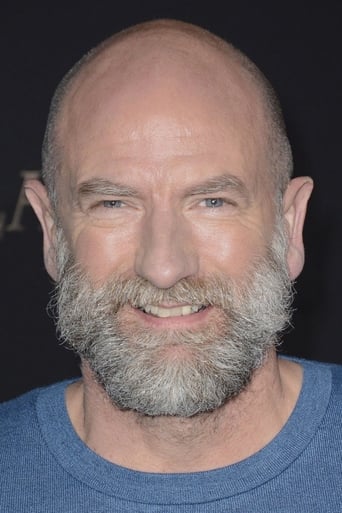 From Wikipedia, the free encyclopedia. Graham McTavish (born 1961) is a Scottish television actor. He has played the character Warden Ackerman in Red Dwarf in five episodes of series 8. McTavish has also had many supporting roles in British dramas and films such as Casualty, Jekyll, The Bill, Taggart and Sisterhood. He also played the ill-tempered Mercenary Commander Lewis in Rambo, had a role as Desmond's drill sergeant in the fourth season of Lost, starred in Ali G Indahouse as a Customs Officer and played a Russian pirate in NCIS. He played Ferguson in 4 episodes of season 4 of Prison Break. He has also starred in the film Green Street 2 which was released on 23rd March 2009. McTavish provided the voice and motion capture work for the evil psychopath war criminal Zoran Lazarevic in Uncharted 2: Among Thieves, the voice of the main protagonist Dante Alighieri in Dante's Inferno, Restoration leader Commander Lucius in the Shadow Complex video game, and the Decepticon Thundercracker in Transformers: War for Cybertron. He played Russian Foreign Minister Mikhail Novakovich in the eighth season of 24, and did voice work as the Marvel Comics villain Loki in Hulk Vs. Thor and The Avengers: Earth's Mightiest Heroes. McTavish has also been cast in upcoming film The Wicker Tree, Robin Hardy's much anticipated sequel to 1973's The Wicker Man, and as Dwalin in the much anticipated The Hobbit. Description above from the Wikipedia article Graham McTavish, licensed under CC-BY-SA, full list of contributors on Wikipedia​