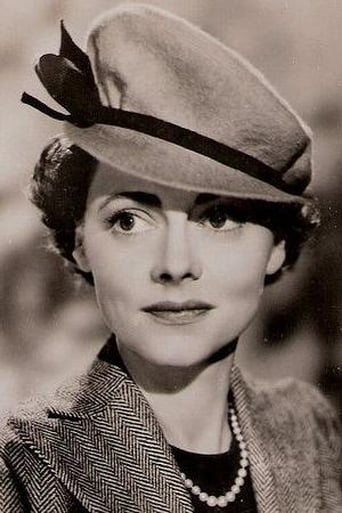 From Wikipedia, the free encyclopedia.   Dame Celia Elizabeth Johnson DBE (18 December 1908 – 25 April 1982) was a British actress. She began her stage acting career in 1928, and subsequently achieved success in West End and Broadway productions. She also appeared in several films, including the romantic drama Brief Encounter (1945), for which she received a nomination for the Academy Award for Best Actress. She was nominated for BAFTA Awards on five occasions, and won twice, for her work in the film The Prime of Miss Jean Brodie (1969), and for the television production Mrs. Palfrey at the Claremont, a BBC Play for Today broadcast in 1973. Much of her later work was for television, and she continued performing in theatre for the rest of her life. She died suddenly from a stroke. Description above from the Wikipedia article Celia Johnson  licensed under CC-BY-SA, full list of contributors on Wikipedia.